First online blog about emulating technologies for trucks
IFAT 2018. How it was? 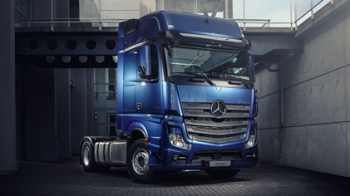 IFAT 2018 is more than 200 000 m2 of covered space and about 60 000 m2 of open expositional area. Many manufacturers represented their exhibits but it seems that cars with the Mercedes-Benz logo prevailed as many companies that manufacture communal vehicles prefer to choose the product of this brand.

There was Mercedes-Benz Actros at the show with an optimized OM 471 engine with improved performance. According to the company, OM 471 of the last generation, in comparison with the previous engine saves up to three percent of fuel and therefore reduces CO2 emissions in the same way. In addition, the current Predictive Powertrain Control (PPC) cruise control system can reduce fuel consumption by an additional 5%.

Hydraulic auxiliary drive (HAD) is suitable for overcoming off-road sections and also requires a high payload and optimal transmission. But apart from this useful function the vehicle is simply stuffed with various security systems: a lane control system, an ESP (electronic stability programme), an Active Brake Assist with pedestrian recognition and many others. 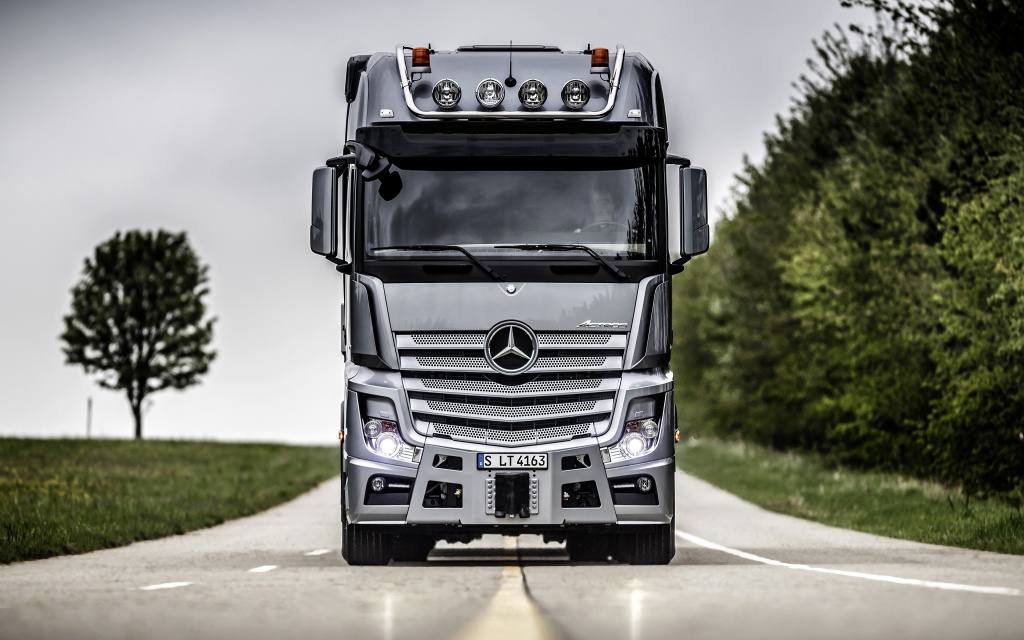 The full weight of Mercedes-Benz Antos is from 18 to 26 tons and the gross combination weight up to 40 tons proved its value when handling heavy cargo. Its economy, ecology and security are attributes that allow the machine to be credited to the municipal service sector. The two-axle and three-axle vehicles are used with four different wheelbases. The frame has a specially designed structure of holes to facilitate the installation of hinged communal facilities.

Having a width of 2.3 m and a relatively low input Antos offers excellent visibility and good steerability. Usually in such machines there is PowerShift 3 transmission with automatic switching is used with eight or twelve gears. In short and middling versions the ClassicSpace cabin is used but sometimes Antos can be seen with the low cabin CompactSpace. The vehicle of this class can also be equipped with hydraulic auxiliary drive (HAD) which allows to work with additional loads. If it’s necessary a Turbo Retarder Clutch (TRC) coupling is used which makes it possible to effectively use the braking systems without their wear and tear. The system combines the functions of the hydrodynamic starting clutch and primary retarder in one set. 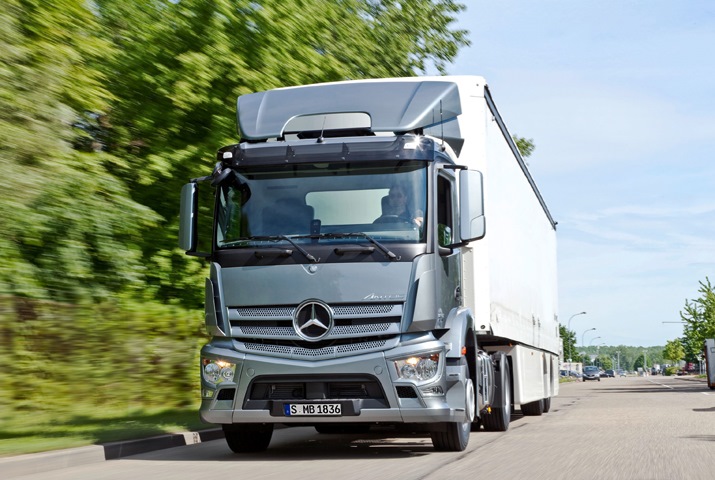 
Atego was presented in more lightweight delivery trucks with a total weight of 6.5 to 16 tons. The vehicle is offered in four power categories with the new 5-liter 4-cylinder 4-cylinder OM 934 engines. For higher requirements there is a powerful 6- cylinder engine OM 936. Atego also uses a robotic transmission PowerShift 3 with six or eight gears. It is also possible to switch over in manual mode in addition to the fully automatic mode. Such modes as economical, high power and others are available.

The version of the Atego with a double cabin is an interesting option for municipal service, it’s completely new version. The second row is represented by four separate seats with adjustable backs. The car in this version has a length of 3228 mm and an increased load capacity (more by 400 kg). 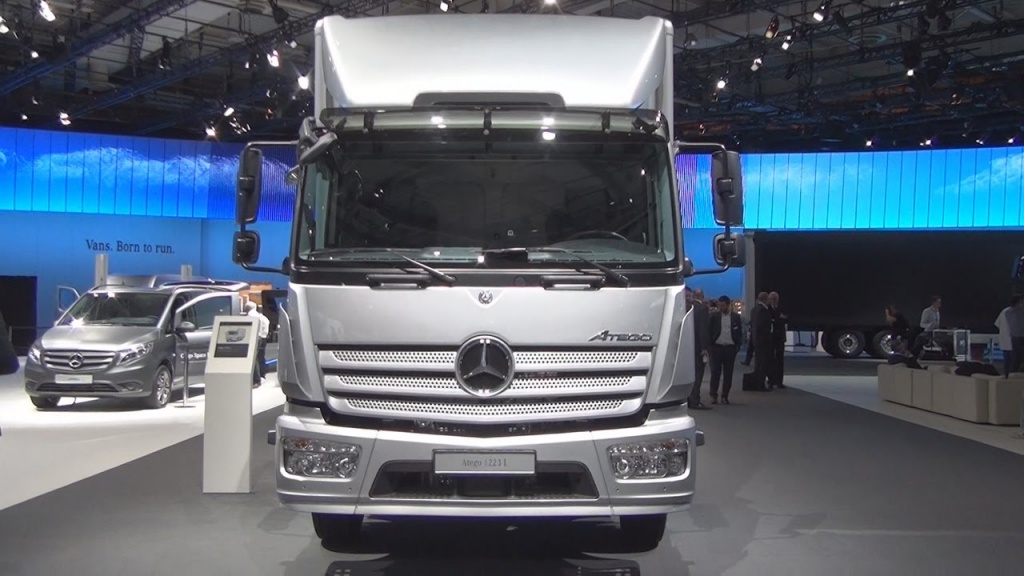 The Most Sophisticated Municipal Vehicle


In the Mercedes-Benz truck line, the Econic NGT is the most common truck in the waste collection sector. It can be called the most sophisticated machine. Particular attention is paid to the excellent visibility of the vehicle: panoramic windscreen, low-mounted AluSpaceCage aluminum cab, improved driver's door with wider opening angle and less effort, glazed folding front door from the second driver's side - all this ensures maximum comfort and allows you to perfectly see other drivers. And this is not an accidental set of options because the car is in most demand in the social and municipal spheres of activity.

Already in the standard version Mercedes-Benz Econic is equipped with the most advanced assistance systems: Active Brake Assist, which provides braking even in front of the fixed obstructions; Lane Keeping Assist, which gently guides the driver back to his lane if it accidentally emerges from it; Cornering Assist, which is the further development of the anti-lock braking system, designed to distribute the braking force during cornering.

Four cameras are installed as standard on the vehicle for better visibility; they almost completely remove blind areas. If desired the number of cameras can be doubled because the car very often maneuvers in yards and narrow streets of cities which means that the health and life of residents is at stake. Depending on the situation, the intelligent network system itself shows the driver important viewing angles but individual cameras can be adjusted independently. 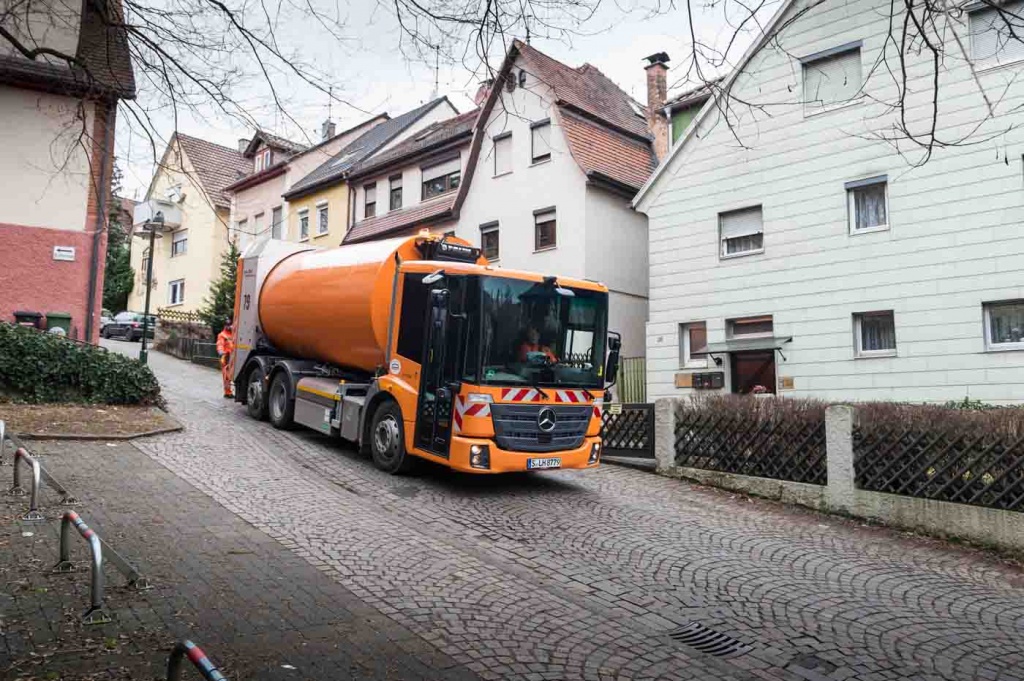 Econic NGT was presented as a version with the most economical engine that runs on a gas - a 7.7-liter six-cylinder in-line engine with a capacity of 222 kW (302 hp). Another of its features - the maximum torque of 1200 Nm which was developed on the basis of modern "936-x" engines.

Now the Econic is available in 4x2, 6x4, 6x2 / 4 configurations and in the near future in version 8x4 / 4 with permanently controlled electrohydraulic rear traction axles with a total weight of 18, 26 and 32 tons. If to speak specifically about the Econic NGT then it Available in versions 4x2 and 6x2/4.


Unimog for All Seasons


Daimler brought Unimog to the exhibition. This machine is increasingly used to serve green areas and also performs winter operations to clear snow and serve roads in Germany.

Unimog U 218, especially an economical entry-level model, is configured for the needs of small towns. Cabin has excellent visibility. The width of the machine is only 2.15 m. The wheelbase is increased to 3600 mm to ensure the transport efficiency. Standardized interfaces allow you to quickly and easily mount inventory - this makes the U 218 ready for any task without long interruptions. 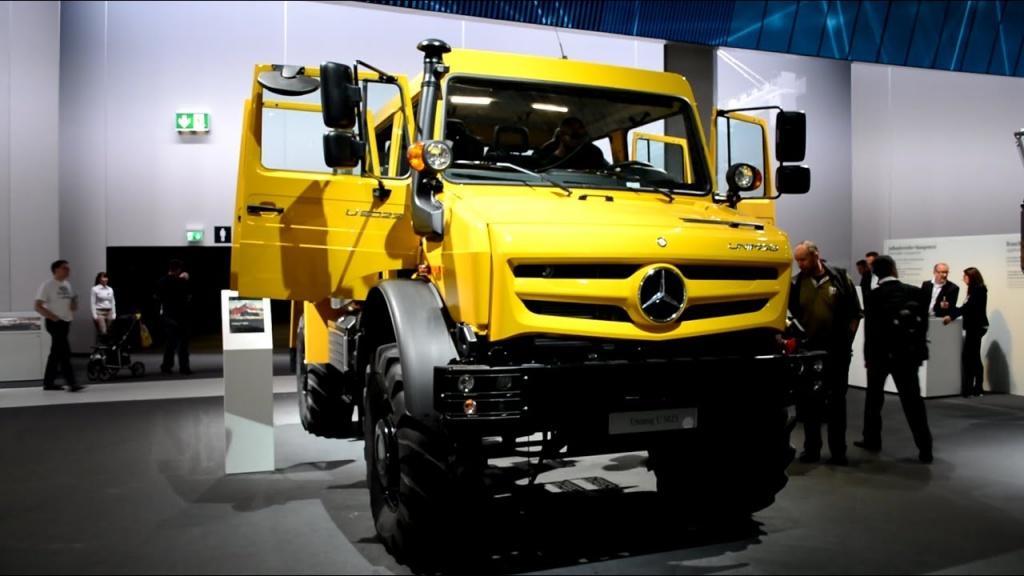 The agricultural version of the Unimog U 530 at the IFAT was shown in combination with a front boom for maintenance of green areas and an automatic spreader of reagents in the winter season. Thanks to the infinitely variable traction drive EasyDrive hydrostatic driving is possible even up to a speed of 50 km/h. The steering system is used to control the wheels which reduce the already small turn by 20%. There is also a tire pressure monitoring system TireControl Plus which is very useful when working on broken terrain.


Fuso Canter is offered in versions with diesel, hybrid or electric engines. One of the many advantages of Fuso Canter in public service is the high load useful of chassis up to 6 tons and its excellent flexibility due to compact dimensions and short wheelbases. Not least reason why municipal services choose this truck is the width of the cabin - only 1.7 m, as well as four-wheel drive for difficult areas in the winter, this option is often used with a snow plow and salt distributor.

With a modern diesel engine, the Euro 6 version is already available. Variants with a hybrid engine will appear in 2019. The Canter Eco Hybrid consumes up to 23% less fuel compared to a purely diesel version and has a low noise level. 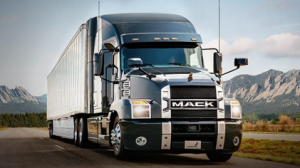 The Volvo Electric Truck Can Go Up to 300 km on One Charge
The Swedish manufacturer presented a fully electric modification of the FL truck.

Show more posts
Posts by truck makes (6)
IFAT 2018. How it was? Mack Introduced a New Truck

save
up to 5%
of the fuel budget 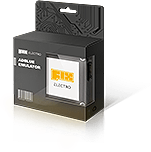